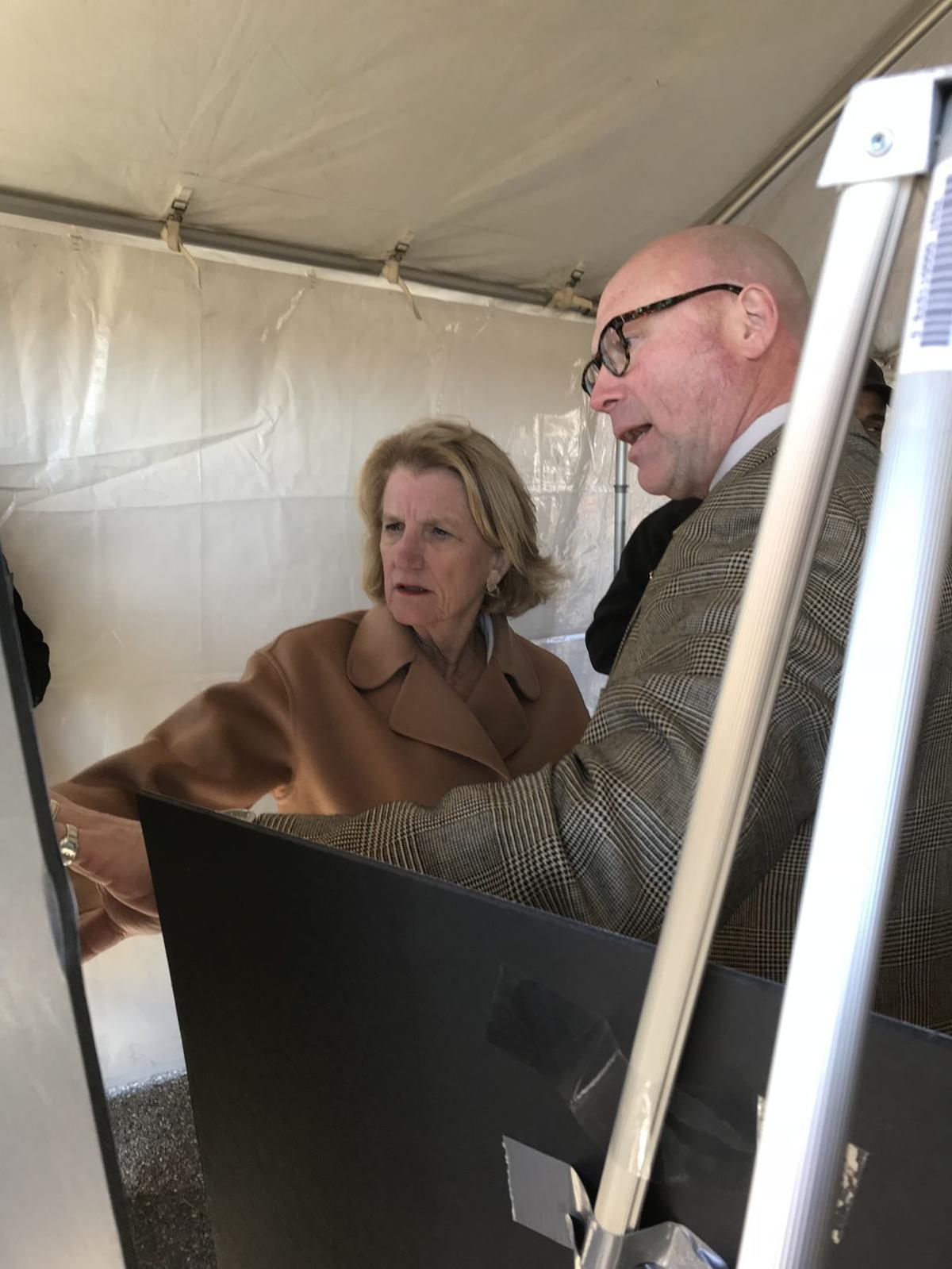 The Business Development Corporation of the Northern Panhandle has been awarded a $1.2 million grant for infrastructure and access to the Phase I retail portion of a new Weirton mixed-use development, located off Three Springs Drive. The federal funds will be matched by the city, which also plans to build a convention center on the site, part of a larger, nearly 72-acre parcel the Business Development Corporation acquired earlier this year.

The second grant, totaling $2.6 million, will be used to repair and replace the floor, roof and electrical system serving a currently unused portion of the Beech Bottom Industrial Park.

“This is the key to the future, I think,” Capito said after the announcement. “It means future investment, private investment dollars, with public seed money to get it going. It shows the resilience of local leaders in the area, figuring out a way to revitalize and grow an area we all love.”

Business Development Corporation Executive Director Pat Ford said the infrastructure grant for the Weirton project is key: Initially, he said they’re focused on the 10-acre retail development, though he said he’s already working with a light industrial prospect interested in property near the Rue21 distribution center.

“The hits we’re getting are value-added metal, fabricators like Bidell and Pietro Fiorentini, companies in the energy business,” he said. “They form, cut or slit galvanized steel. They’re boutique metals companies, small users who need about 5 acres and 20,000 square feet of building space. They also want to be on U.S. 22 so they’re minutes from the airport. We need to get more sites like that in our inventory.”

Ford, Likewise, said they’ve got prospects interested in the Beech Bottom property, but in its current state the facility can’t accommodate them.

“There’s about one-third of the building, which is about 180,000 square feet, which we have not been able to lease because of the poor condition of the roof and floor and the inadequacy of the power grid to properly service tenants,” Ford said. “For $3.2 million, we will be putting a new roof on that part of the building, creating one level floor plate and improving the electrical system in the building. Once we do that, we’ll be able to lease the space.”

The state Economic Development Authority is providing a $600,000 loan to cover the cash match for the Beech Bottom grant.

Ford said the Business Development Corporation has prospects in the energy, chemical and value-added metals industry interested in leasing space at the industrial park, “but we haven’t been able to lease it because of the condition of the building.”

Weirton City Manager Travis Blosser said the conference center has been on the drawing board for more than two years. They plan to use tax increment financing funds to cover the estimated $5 million price tag, he said, adding the infrastructure grant will “push the project forward.”

“It will be a catalyst … that will spur development for future generations,” Mayor Harold Miller said.

Blosser said since he’s been associated with the city, the emphasis has been on “jobs, jobs, jobs and economic development.”

McKinley, meanwhile, said he sees “a sense of optimism” in the Upper Ohio Valley that’s been missing for years. Now that the government has tripled the funding available for individual brownfields sites, he said that momentum should continue to build.

“It removes an impediment to growth,” he said, adding, “there really is reason for enthusiasm.”