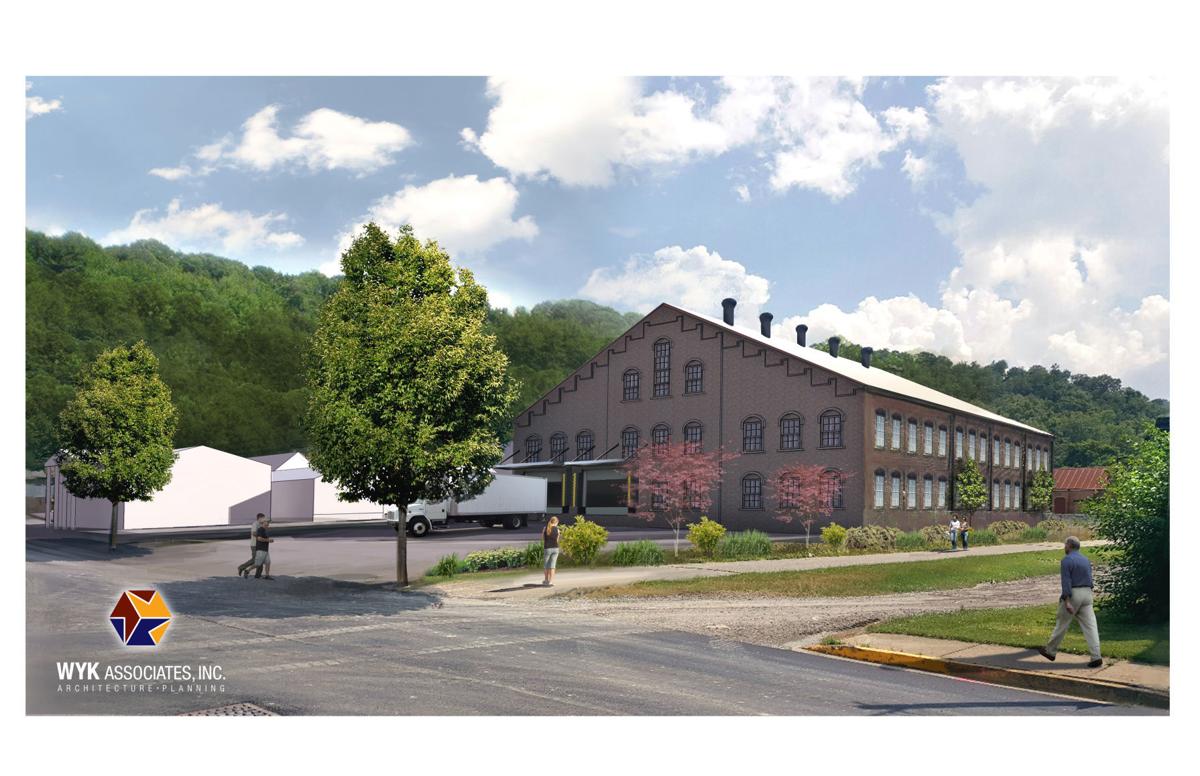 Remediation and demolition of the part of the old Brooke Glass property a consultant says must go will cost about $250,000, BDC Executive Director Pat Ford said.

WELLSBURG — The Business Development Corp. of the Northern Panhandle is looking at how it can help communities like Wellsburg address their stockpile of abandoned and dilapidated structures.

Executive Director Pat Ford said his board is exploring the idea of securing a loan from the West Virginia Housing Development Fund to demolish structures in such disrepair that they can’t be saved. But, since any loan funds would have to be repaid, Ford said communities that participate would have to have a viable end use in mind.

“We have made the commitment to explore this opportunity, absolutely,” Ford said. “We’re looking at this hard.”

Ford said it would be up to the BDC to draw the funds as they’re needed and solicit bids for the work, “but the BDC is not going to be going in and saying, ‘this site, this site and this site.’ It would be (each community’s) responsibility to tell us which building’s they want to focus on demolishing and what the end use would be.”

Wellsburg Mayor Sue Simonetti said as matters stand now, her town has more dilapidated structures than it can afford to fix.

“We need funding (for demolitions), and, of course, nobody has any funding (to give us),” she said, pointing out that loans have to be repaid, “so we have to find a way to recover that money. We’re looking at all kinds of options.”

Simonetti said the city has “a substantial problem” with rundown properties, particularly in high-visibility areas.

“Some property owners, I’m not saying all of them but some, want to work with the city, they’ll turn (their property) over to the city, but then it becomes our responsibility,” Simonetti said. “It becomes a big expense for the city. Demolition of buildings is quite expensive, and we simply don’t have the funds.

Some people want to get rid of the headache themselves so they give it to the City of Wellsburg, and that’s a problem in itself.”

Simonetti said owners of two properties offered to turn them over to the city, but before they do anything city officials want to have environmental tests done so they know up front what they’d be letting themselves in for. If the tests do uncover hidden hazards, “that adds to the cost to get it torn down,” she said.

“It’s a slow process,” Simonetti said. “City government is slow in itself, and doing all the testing and other things that need done is not only expensive, but (time consuming). But we are making progress. Things are happening, it’s just slow.”

Ford, meanwhile, said consultants who completed the U.S. EPA-funded site assessment at the old Brooke Glass factory have told them they need to remediate and tear down the northernmost third of the building before proceeding with renovations to the rest of the property. He said bids for the remediation will go out within the next 60 days.

“We’re looking at a light manufacturing use,” he said. “When you see the drawings, the access to that building was challenging in its existing condition. What’s nice about it is having the remediation requiring us to remove the northern third of the building creates an opportunity for us to have truck access immediately off of W.Va. 2 — under the existing footprint, which pretty much occupies two city blocks, there was no way to get truck access to the site for loading and unloading.”

Ford said the architect, WYK Architects of Clarksburg, “came up with a design that maintains the architectural integrity of the building and at the same time allows for a light manufacturing use that we think fits in wonderfully with the fabric of the community.”

“It’s going to require some work, it’s going to be a preservation project for sure,” he said. “But the bones of it are in such good condition that the preliminary (inspection) by the architect and demolition contractors believe the (rest of the property) can withstand the partial demolition and remediation of the northern third of the site.”

He said the price tag for demolition and remediation will be about $250,000, “but we have not solicited an estimate for the renovation of the remaining part.”

“We’ll seek grants and/or loans for that,” he said, adding that the property is in the flood plain so that will limit end uses.

“It’s going to make it challenging,” he said. “(But) it’s the right thing to do. It’s a BAD (Brownfields, Abandoned and Dilapidated) building — a lot of buildings in Wellsburg are like that. But that doesn’t mean we can stand on the sidelines and let buildings decay right in front of our eyes, we’ve got to do something about them. Just because a building is in flood plain doesn’t mean we can’t have businesses occupy it — what it does, it just increases operating costs because we have to pay flood insurance. Lease rates are going to be higher, so we have to target industry clusters that need to be in the Wellsburg area.”

At town meetings last year residents had suggested repurposing the Brooke Glass site for things like coffee shops and child care, but Ford said Wellsburg’s Urban Redevelopment Authority is looking to properties on Main Street for that.

“A lot of the smaller spaces there would be ideally situated for boutiques, coffee shops and hospitality retail,” he said. “Those uses they were talking about in our town meetings…need (smaller) spaces, and there’s plenty of opportunities for that in the downtown area.”